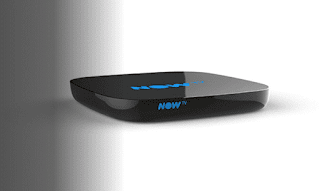 It's always interesting to see what Sky are doing, and Virgin Media's TiVo will start to look even longer in the tooth come February as Sky starts to introduce the new Sky Q service around the country. Pricing details have been announced too and the top priced Sky Q bundle, including Sports, Movies and HD, will be £88.50 per month (the current top priced Sky TV bundle is £75.75, so that's a tenner more).
There's also a one-off charge for the new box too - and it will be cheaper for Sky broadband customers. If you don't have Sky broadband, Sky Movies or Sky Sports, the Q box will be £249 and the Q Silver box will be £299. A Sky Q Silver bundle with the Sky Q Silver box and one Mini box will also be available for £299. The new boxes looks awfully like the Roku 4 box in the US to my eyes.
Hands on reviews for the new Sky tech have been largely positive but the absence of 4k programming at launch has been commented on.
There is also the promise of a 'more advanced' Now TV box later this year. Existing Now TV customers will see a new interface roll out to their boxes from February.
The new Now box will combine Now TV and Freeview channels for the first time and will allow Sky to better compete against BT and TalkTalk’s low priced TV services which are also delivered via broadband and include a mix of pay channels alongside Freeview’s aerial-delivered channels. It's a Roku, too.
at 13:46

I thought it was interesting that Sky are now including servicing and repairs included in the price of a SkyQ subscription. As a Virgin Media customer I always felt quite smug that Virgin would repair/replace your box as part of the package, but now that USP has been slightly eroded by Sky.

I'm more interested in the now tv box. Does this mean they're doing aerial based freeview or freeview channels over the Internet connection? I'd prefer the second option. Adding freeview support now seems like moving backwards.

There are two things wrong with the Now TV box and, since they've been problems in both the first and second generation boxes, I bet they won't get fixed in the third. The first problem is the 60 Hz output. TV shows made to be broadcast at 50 Hz interlaced are never going to look very smooth when delivered at 60 Hz progressive. Scrolling credits (that look perfectly smooth on a recording from live TV on my satellite box) jerk past on the Now TV box iplayer app; and when watching the snooker, everything looks vaguely like a slow-motion replay, even though it's actually moving at real-time speed. The other problem is the "HDCP unauthorised content disabled" purple screen issue. Repeatedly switching off and on again is a royal pain. When will content providers learn that DRM only ever serves to piss off legitimate users?

Thanks..a very informative post. I tend to agree that the current Tivo is looking a little antiquated but it's really not helped with a odd collection of channels and (app based) services that don't seem to have a great deal of rhyme or reason...The new Sky Q - on paper - looks a far superior beast even on some of the original Tivo home turf like suggestions...The ability to stream your content isn't new but being able to take it "any where" is! For me that's a game changer if it works as described.

The depth and breadth of content just keeps growing too...I know it's not going to include Amazon Prime or Netflix but I have apps for both and a Chromecast which makes that far less of an issue....

Content is starting to pull me away from Liberty Media/Virgin Media....A Bike channel...? I'm sure there is an audience for it but surely it can't be larger than an HD version of Universal or Showtime or Spike TV....?

I'm waiting and wondering if Liberty Media/Virgin Media will announce a credible response to the latest from Sky...or whether I should continue to consider (and save towards) a switch back to the market leader...

At the moment I'm seriously looking at the Sky Q...yes it's a little more expensive but at least I can see where my money is going...

may not be relevant and do apologise but anyone with now tv experience help out? i had trial last year cancelled and never bothered with it again but staff at work where today given 2 months free when i went to sign up found i had entertainment pass free? have looked at cancelling and after cancelling say's i can continue watching for next 5 years free of charge. surely this aint something they normally do?

@Rob C
That sounds too good to be true, and I've not heard of anything like it. I have the Entertainment package for six months and it cost me £20 (a quick Google is all you need to find these deals). In general the pricing on Now TV makes Virgin TV's look very poor value. Even my original white Now TV box runs much faster than the TiVo, with Apps that load same day (iPlayer, YouTube, Demand5 and Spotify on the Now box are all superior to the TiVo versions).
I'm keeping my VM package until the end of the football season and the launch of the new TiVo and Now TV boxes, and then will make a decision then. If the new Now TV box offers an improvement on the 720p currently on offer it will be a simple call to make.

That's what I thought nialli no idea how it's happened just says continue watching until 3rd December 2020. I've never really looked into now tv before just took advantage of a free trial last year just in time for GOT ha. Let's see

@Nialli
Is the "end of the football season" when VM have announced they'll make the "new Tivo" visible...?

Just wondering if VM has said anything, other than price increases and Bike, about their TV service...?